I always enjoy being creative as a hobby and to provide stress relief. Being inspired by a gift I once received of a small tabletop zen garden, I decided to start making sandscape gardens out of decorative containers and repurposed picture frames. I also make the little rake which accompanies each one. Then, as an experiment, I went to a local craft fair to "test the market." I was pleased with the results and feedback and as a retiree from 22 years at a very stressful job, created sandscaper.net. I look forward to participating in many more craft fairs and also creating other things to add to the display. 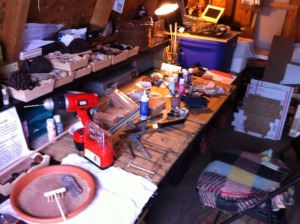 The workbench out back in the shed is where it gets done. Hard at work now to get ready for more craft shows and flea markets since rumour has it that it’s actually going to get warmer and nicer here in the Northeast! Also preparing to open shop on the ETSY website for crafters and vintage items. I look forward to selling the zen garden rakes as well as an assortment of one of a kind complete gardens. Thanks for visiting, andy@sandscaper.net

It doesn’t get any better then this; treasure hunting on the beach aka shopping for supplies for sandscaping, at a Jersey Shore beach. This morning I went for a walk along the ocean in Seaside Park, Ocean County New Jersey and picked up all of the (free for the taking) treasures that come ashore to use in my gardens. Pictured below is my view of the ocean (notice there was nobody but me!) 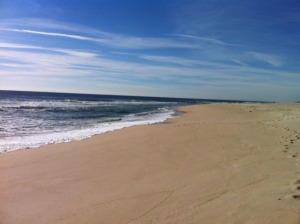 Coming soon, my shop on ETSY called Andy the Sandscaper

This morning I decided to try going to a flea market with my sandscapes. The weather appeared questionable early in the morning, but the car was loaded yesterday and I figured I would give it a shot. The Route 70 Flea Market is one of the only remaining authentic flea markets in New Jersey, and in my opinion, one of the best.

Having not had an opportunity to display at a flea market, I was concerned if there would be a market for my offerings. The craft fairs had worked well for me in the past. Before getting a space before dawn, I walked around to see what other vendors were selling.

I would like to take this opportunity to thank a gentleman named Mike who sold me a box filled with wooden frames, just the kind I like to use to repurpose and make sandscape gardens. On my way to the car to drop off my purchase, I thought it would be nice to bring one of my completed sandscapes to Mike, as a gift and a way to say “thanks for the deal.” It was then that I decided to set up at a space. To my surprise, several people purchased sandscapes from me and several others had nice feedback and compliments. Thanks, guys!

After packing up and walking the aisles of the flea market one more time in search of future sandscape containers, I encountered Mike again who shared with me that his original intention of my gift to him was to pass it along to his brother, but he said his wife wanted to keep it!  I look forward to returning to the Route 70 flea market again soon. Regards all, Andy the Sandscaper- (andy@sandscaper.net).

There are so many places to enjoy a sandscape garden, including: coffee tables, conference tables, office desks or waiting rooms, spas and classrooms to name a few. 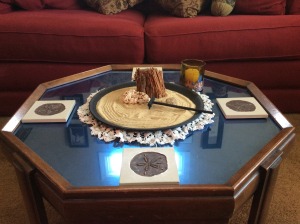 Sandscape on a coffee table. 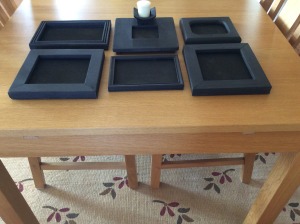 Above are samples of repurposed picture frames-soon to be sandscape/zen garden containers. 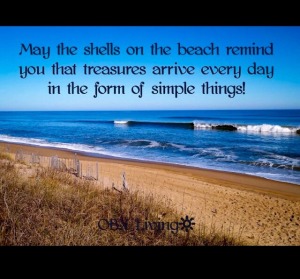 I really believe this! That’s why I enjoy walking along the seashore or in the country, always looking for some of mother nature’s treasures that I can incorporate into my sandscape garden creations. On my last trip to Florida this past winter, I came back with a tub full of seashells, stones and driftwood collected on the beaches. 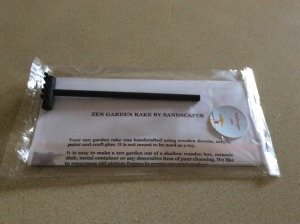 l would love to sell you a rake so you can create your own sandscape or zen garden.

A variety of colors are available, including black, brown, maroon, red, blue, green, yellow and purple. A special request for another color is always possible.

Contact andy@sandscaper.net to arrange for an order. The price per rake is currently $6.00 apiece (large or small). Add $2.00 per rake for shipping and handling via USPS in USA only.  A discount in shipping will be given for orders of 3 rakes or more. Pay Pal is accepted for payment. Thanks 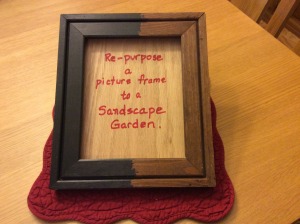 Above is a frame after the contents, glass and backing was removed. A thin piece of plywood was cut to size and attached to the back of the frame. Then it was painted. 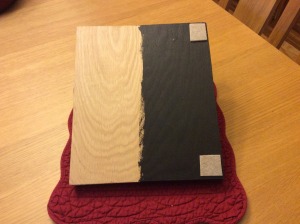 Above is the back of the frame after the plywood was attached. Felt pads were placed in the corners. 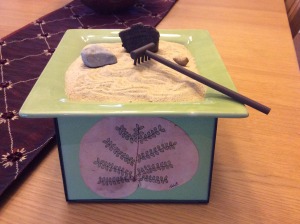 This sandscape was created in a square ceramic dish.